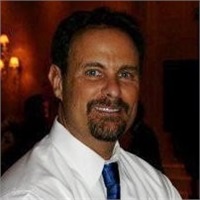 Born in Baltimore, Maryland in 1957, Steven A. Hankoff attended public school through grade 12, graduating in 1975. He attended the University of Maryland, College Park from 1975 - 1979, making "Deans List" in his first semester, and graduating in 1979 with a Bachelor of Science Degree in Business Administration.

In the summer of 1979, he attended East Texas State University to qualify to be licensed in the insurance business, finishing in the top 5% of his class.

In September 1979, he obtained a Maryland License to sell Property & Casualty, Life & Health, Insurance in the State of Maryland.

From 1979 to 1982, he attended and completed the PIA Institutes qualifying for a C.I.C. Designation (Certified Insurance Counselor), and was in the first graduating class in the State of Maryland in May 1983.

In 1981, he was invited to the Aetna Casualty & Surety agent school, in Hartford, CT earning a "Blue Ribbon" finishing in the top 10% of his class.